Grunge surfaced as an alternative rock genre, during the mid-1980s, in the US state of Washington. More accurately – Seattle and other towns nearby. The early movement was formed around the independent record label Sub Pop and the underground music scene of the region. By the late 1990s, it spread to California and other states, as well as Australia. It is also known as the “Seattle sound“. 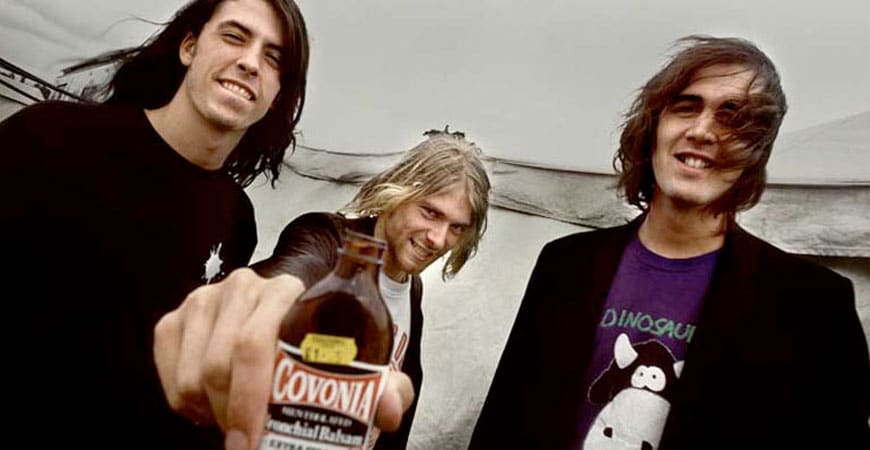 Some of the more popular Grunge Bands are:

The success of these bands made grunge the most popular form of rock and roll during the early to mid-1990s.

The word itself was used to describe bands since the 1960s, but the first association of the term with the sound of Seattle was in July 1987 when Bruce Pavitt described Green River's EP as “ultra-loose GRUNGE, that destroyed the morals of a generation“. Many artists hated the term “grunge” and didn't want to be labeled with it. Musicians like Kurt Cobain (Nirvana) and Eddie Vedder (Pearl Jam) were uncomfortable with their success and the attention it brought to the local scene.

With the rising popularity of the genre and the media attention it got, because of albums like Nirvana's Nevermind, Soundgarden's Badmotorfinger and Pearl Jam's Ten, a grunge culture was born. The more the people heard about it, the more they visited, or moved to Seattle and tried to imitate the local bands. That led to a negative change from the original Seattle sound. A retaliation against grunge was forming in late 1992. Johnathan Poneman referred to “grunge” in an interview as “fabricated movement”.

The grunge lyrics are labeled as dark, anguished, wretched, angst-filled and nihilistic. The themes those lyrics addressed were unnatural for the period. They brought socially conscious issues, such as self-doubt, betrayal, abuse, social alienation, emotional isolation, psychological trauma, negligence and desire for freedom into pop culture. People started exploring what it means to be true to oneself. Grunge lyrics contained “explicit political messages” and questioned how society might be changed. They also tended to be introspective and attempted to make the listener view his/hers “hidden” personal issues and explore the “corruption” of the world.

The Future of Grunge

Many people agree on the fact that the “Seattle sound” died along with Kurt Cobain and the disbandment of so many grunge bands by the late 1990s. While I don't think that grunge will be making a comeback anytime soon, I do believe that the important messages, these artists sent through their music, have survived and will continue to be a part of the alternative rock scene in the future. Who knows, maybe the genre will influence a new music generation in the future.